Vietnamese women seek leadership for all the right reasons 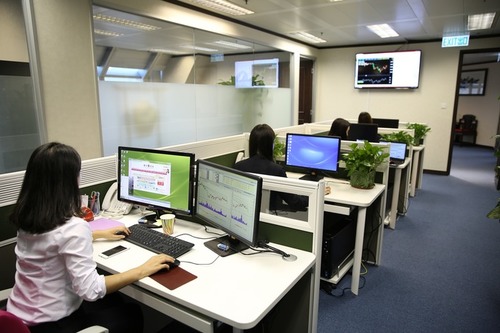 But not many companies have plans or intention to train their female staff for higher positions.
Women are driven to leadership roles by their passion and need for self improvement, a new survey has found.

Somewhat surprisingly, higher remuneration was not even among top five reasons that women listed for seeking promotions.

However, despite their sincerity, commitment and altruism, the path to promotion is not smooth for women, the survey conducted by recruitment firm Navigos Group found. 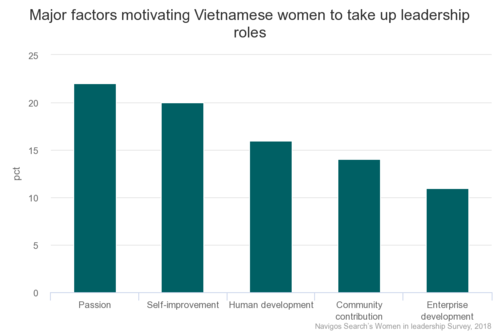 Nguyen Phuong Mai, managing director of Navigos Search, said the challenge for Vietnamese female personnel was rooted in the long-standing mindset that women are not as good as men in Science, Technology, Engineering and Mathematics (STEM) subjects and management roles.

The Navigos survey found that a whopping 87 percent of the respondents said STEM, manufacturing and construction fields were not suited for women.

However, Mai also noted that apart from the bias against them, women tend to put themselves under pressure and prevent themselves from getting promoted.

The five key workplace challenges for women, the survey found, are lack of empowerment, lack of promotion opportunities, lack of mentors or advisors, pressure from work-life imbalance and popular perceptions of women's role in the family.

“Many studies in the world have suggested that the workforce needs women in leading positions because they have capabilities that men don’t, such as sensing risks. Women are more sympathetic, eager to learn, competitive, and are able to maintain a good relationship.

“For anything they do, women always ponder how it will affect the relationships around them,” said Nguyen Thien Thanh, CEO of public relations firm Edelman Vietnam.

A Financial Times report released in March said that a study of gender equality in the workplace found Vietnam has the lowest ratio of women in top management among Southeast Asia's five biggest economies.

Vietnam has the lowest female-to-male ratio in top management, with one woman to every eight men, compared with 5.6 men in Malaysia, 2.8 men in the Philippines and 2.2 in Thailand.

The gender pay gap varies across the region, and while Indonesia does well, Malaysia and Vietnam are behind, the survey found.

The report concluded: “Vietnam is likely to suffer the most from gender inequality if no action is taken.”