Employee benefits and Tet bonus in 2019 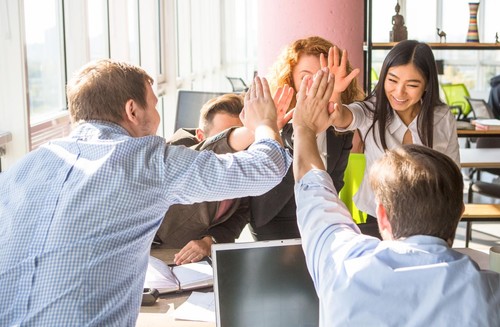 VietnamWorks, the biggest online job site in Vietnam under Navigos Group, releases latest report titled “Employee Benefits and New-year Bonuses in Vietnam (2019)”. Nearly 500 HR professionals and 3,400 jobseekers participated in our survey for the purpose of this report.

Benefit package attractiveness is a decisive factor for job applicants

According to our survey, both employers and candidates generally agreed on which factors most influenced jobseekers’ applying decisions. The top 5 reasons are as followed: Employee benefits; Professional growth opportunity; Nature of job; Bonuses; Company’s culture & people.

86% of jobseekers reported they frequently looked up information regarding welfare and benefits while searching and applying for jobs, emphasizing priority on this factor. In response, a majority of 84% of employers have published relevant information on employee benefits on their job postings.

Jobseekers are currently dissatisfied with their benefit packages

The most common forms of employee benefits currently provided by employers are “Social insurance”; followed by “Annual leave” and “Company trips”. However, these are not aligned with employees’ preferences, as the most popular choices answered by candidates are “Regular health check-ups”; “Device support for work” and “Professional skill training programs”. The aforementioned implemented by most employers only came in 5th, 6th and 7th place according to the preference ranking by employees.

When asked about the possibility of “employers do not provide satisfactory benefit packages in the future”, up to 89% of jobseekers answered they would react to the situation. 66% would seek co-workers’ support and propose to the company to improve benefit packages; 23% would leave the employer for that reason and only 9% would take no action.

In terms of satisfaction, nearly 80% of surveyed candidates said they were “satisfied”, “very satisfied” or “extremely satisfied” with the current benefit packages. One-fifth reported dissatisfaction.

On their plans in 2019, 56% of employers would either add new benefits or improve the quality of existing ones; 41% chose to maintain what they already had and only 3% would cut down some benefits currently available. Employers with benefit improvement plans are found to be in Manufacturing; IT; Services; Construction and Consumer Goods.

Only 37% of employers publish information on Tet bonuses

According to our survey, more than half of the candidates look for information on new-year bonuses on job postings, however, only 37% of employers are willing to publish this information.

In 2019, 64% of employers are rewarding employees with Tet bonuses exceeding the value of one’s monthly salary

The mostly used policies on new-year bonuses do not change from last year, as most employers still reward people on the basis of “company’s performance”; “individual performance” or by “a multiplier of one’s monthly salary”. In general, employees are found to be satisfied with these practices.

In terms of bonus value, up to 64% of employers reported they would give out a bonus bigger than an individual’s one-month salary in New Year 2019.

82% of candidates said they would take action if new-year bonuses are unsatisfactory. In which, 27% would resign and search for new positions with more attractive bonuses, while 55% would demand their employers to increase the bonus amount.

According to Mr. Gaku Echizenya, CEO of Navigos Group: “The Vietnamese labor market is getting more mature every year, undergoing a structural change in the nature of jobs under the influence of 4.0 technologies. This leads to a shift in perspective regarding benefit packages for jobseekers. Instead of focusing on monetary benefits like they used to in 2017, this year their priorities have changed, more specifically to healthcare, professional support and training. For employers, conducting regular internal surveys is helpful to understand and thus provide the benefits valued by their employees. At the same time, people working in different industries have varying needs and expectations on benefits and bonuses, therefore this is an opportunity for employers to be flexible in creating customized packages that best satisfy and motivate their people.”

The Report of Employee Benefits & Tet Bonuses In 2019 In Vietnam.pdf