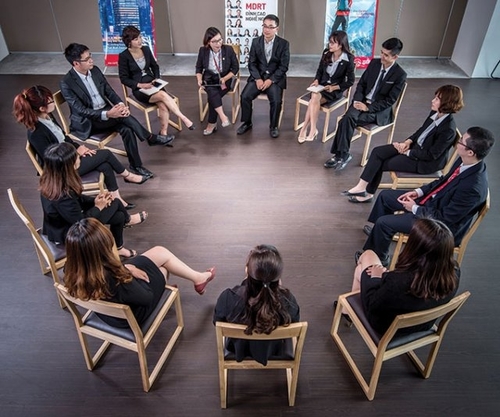 A better performing Vietnam workforce would see more foreign investors take an interest in coming to the country or expanding.

Industrial parks in Hai Phong city and Hung Yen, Bac Ninh and Phu Tho provinces in Vietnam’s north always face a shortage of high-performing workers, as many foreign investors have built or plan to build factories in the region. Some foreign investors, especially from South Korea, expect to expand their business and employ 10,000 workers in the electricity and electronics sectors, according to the latest report from the Navigos Group. Others in the south, meanwhile, are willing to recruit foreign candidates for managerial-level positions when necessary.

As Vietnam is considered an attractive destination for foreign investors, the jobs market has been active over recent years. Manufacturing, IT, retail, and finance and banking will see the highest demand for employees this year, according to local and foreign industry insiders. Manufacturing had the highest demand in the first quarter, Navigos Search reports, as the growth of 13.56 percent in the sector is reflected in its need for more employees. “The demand in all positions in the sector is huge,” the report noted.

Figures from the Foreign Investment Agency (FIA) at the Ministry of Planning and Investment show that the processing and manufacturing sector remained the most appealing in terms of foreign direct investment (FDI), attracting $6.54 billion in the capital in the first quarter and accounting for 84.9 percent of the total. Of the 71 countries and territories investing in Vietnam, South Korea led the way in the first quarter, with $3.74 billion, or 48.6 percent of the total, according to the FIA’s first-quarter report. Mr. Gaku Echizenya, CEO of the Navigos Group Vietnam, said the number of new jobs created by South Korean companies increased 25 percent in 2017 compared to 2016.

Indeed, many foreign investors consider emerging markets like Vietnam as the hub or future hub of their production and trade in Asia. “This results in an increasing number of organizations entering Vietnam for the first time,” said Ms. Linh Pham, Senior Consultant, Human Resources (HR), at Robert Walters Vietnam. “There is not much change in Vietnam’s talent pool and this brings us back to the question of supply versus demand.”

Recruiting senior personnel is now an urgent consideration in IT, manufacturing, engineering, retail and sales, and marketing, according to Mr. Simon Matthews, Country Manager of Vietnam, Thailand, and the Middle East at ManpowerGroup. Demand for senior staff is growing 10-15 percent each year, it reports, with 27 percent of total current recruitment being in finance, 36 percent in manufacturing, 21 percent in retail, and the remainder in other industries.

Meanwhile, many companies in the retail sector in the south have pushed up recruitment at managerial levels since March because of demands from business expansion or internal restructuring, according to Navigos Search.

Now is the era of a highly-skilled, knowledgeable workforce, not a low-cost workforce as in the past. “Some time ago, foreign investors were attracted to Vietnam workforce sources partly because of its low-cost labor,” Mr. Colin Blackwell, Chairman of the Human Resources Committee at the Vietnam Business Forum (VBF), told VET. “But that’s no longer the case for two reasons.” Firstly, Vietnam is now a middle-income country able to compete internationally based on possessing a highly-skilled Vietnam workforce education, and secondly, Industry 4.0 has already replaced many low-skilled repetitive roles with automation and robotics. Multinational companies (MNCs) now need the cleverest employees to compete and succeed globally.

Some senior Vietnamese employees are demonstrating their leadership capacity at MNCs. International groups such as HSBC, Sanofi, and Bosch Vietnam have engaged Vietnamese CEOs and they are proving their abilities. “Most of these positions attract expatriate personnel, but Vietnam workforce sources are now increasingly demonstrating leadership capacity at MNCs,” said Mr. Matthews.

According to the Navigos Group, recruitment in IT during the first quarter of this year was higher in fintech, e-commerce, phone apps, games, data management, and security in banking and finance. Early in the year, the Toshiba Software Development (Vietnam) Co. was looking to fill 50 software engineer positions with graduate or soon-to-graduate candidates from IT universities and three managerial team leaders, working with Vietnamworks. The large-scale recruitment is needed to meet needs in developing and expanding the company’s business activities.

The sector will see even greater shortages of employees, as data technology will thrive over the next three years, according to the Navigos Group report. Industries will be short of IT engineers in the field of data processing and experienced IT engineers involved in artificial intelligence (AI). In particular, fintech companies need to fill many positions with candidates experienced in both data and finance. Few Vietnamese candidates meet requirements, however. Some foreign-invested enterprises (FIEs) have recruited foreign engineers at the managerial-level. As a result, IT is one of the leading sectors in terms of compensation and benefits, which is needed to retain talent. “I know of many software programmers earning very high salaries after just a few years in the workforce, as there are many new high-tech factories and Vietnam’s software industry is growing,” said Mr. Blackwell.

A shortage of senior management staff has been the norm in Vietnam for many years, due partly to limitations in training programs. The huge gap between training and recruitment led to an imbalance between demand and supply. The weaknesses exhibited by Vietnam workforce education include a lack of soft skills, according to Mr. Ha Nguyen, Associate Dean at the FPT School of Business & Technology. Soft skills include the ability to assess issues from the perspective of lower-level staff, the ability to think independently, and creative ability, and these are skills are not easily found in Vietnam workforce sources. The number of CEOs participating in a course on Executive Government 4.0 at the school last year was quite small compared to the total number of managerial staff around the country. 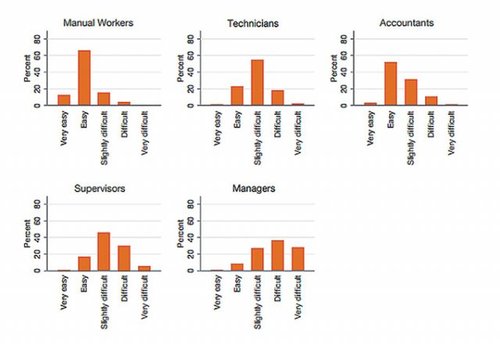 Vietnamese executives who have worked at MNCs either in Vietnam or, in particular, at MNCs overseas are very much in demand. In the past, there has been a shortage of Vietnamese executives due to a relative lack of experience, but that is less the case now. “I am delighted to see that the quality of HR at FIEs in Vietnam has not only caught up with international standards but also in some cases exceeded them,” Mr. Blackwell said. Recent World Bank data showed that Vietnamese students may be the cleverest in the world but this potential is not yet matched by the country’s workplace productivity rates, which remain quite low by regional standards. However, “Vietnam can and will achieve its full potential in the future, becoming one of the most successful countries in the world,” he said.

Amway Vietnam has determined that it is a business strategy will focus on talent retention. “We focus on internal resources, which has helped us in talent retention,” Ms. Phan Nguyen Nhat Thao, Head of Human Resources at Amway Vietnam, told VET. “We have also been implementing senior management development and succession planning on an annual basis within Asia-Pacific development programs. This helps us in defining Hi-Po (high potential) and Hi-Per (high performance) senior management and developing them to become ready to support business needs.” The company’s demand for senior management is growing at 15-17 percent each year.

From a consultant’s perspective, Ms. Linh said that companies should access HR information such as Salary Survey and Salary Benchmarking reports to gain up-to-date knowledge and awareness of where they are compared to the market. The high-level staff, as well as HiPo talent, are always looking for companies with clear career progression.

Meanwhile, Mr. Blackwell emphasized that executives need to have a longer-term view of their careers. An employer would not wish to invest in them if they thought they would leave too quickly before the company has been able to get a return on its investment. “Of course, FIEs will do their best to retain their top executives through a variety of retention strategies, such as attractive compensation, flexible working conditions, clearly communicated career paths, promotion opportunities, and positive company culture,” he said.

A Vietnamese ICT employer recently posted recruitment criteria that included knowledge about risk management and leadership skills, which for all intents and purposes are the equal of what foreign companies insist on. Surging digital application requires new jobs and skills at local and international companies, and this is sure to make talent recruitment even more competitive in Vietnam workforce sources.