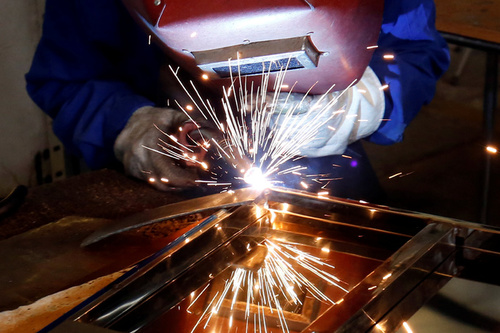 Industrial parks are always in short of employees, and the shortage is more serious at FDI firms.

Vietnam's manufacturing industry had the highest demand for employees across all sectors during the first quarter of this year, according to recruitment firm Navigos Group.

The sector accounted for 40 percent of the total orders placed with Navigos Search during the first three months, the company said in a report released on Wednesday.

Growth of 13.56 percent in the processing and manufacturing sector during the period reflected its development and explained why it needed a bigger workforce.

Positions available in the industry range from workers and engineers to managers.

Industrial parks, most of which are in northern Vietnam, face a constant lack of employees as foreign investors continue to invest in new factories, especially companies in the electricity and electronics sectors. Some South Korean companies even plan to add as many as 10,000 people to their workforces, said the report.

In the south of the country, more manufacturing firms have opened up senior management positions to foreigners.

Following the manufacturing sector's demand for employees in the first quarter were retail, finance-banking and IT.

Vietnam attracted $5.8 billion in foreign direct investment (FDI) during the first quarter, a decline of 25 percent against the same period last year. FDI disbursement in the period reached $3.88 billion, up 7.2 percent, according to official government data.

The country's unemployment rate stood at 2.01 percent in Q1, and the number of jobless people fell by 35,400 against the same period last year to 1.1 million.

Statistics show there were 48.1 million people registered on the country's labor force in Q1.