GenGeneration Y are young people who are ambitious for career development and highly motivated. They also have a positive outlook on career prospects and especially very big dreams. However, whether these young people have really gained enough skills and qualities to realize those plans or not? Another significant finding of the survey is that Vietnamese generation Y has low commitment to the organization. Facing this problem, employers either adapt to the general trend of young labors or explore the methods to increase employees’ engagement with the company.

A generation with a desire to start up

Nearly two-thirds of generation Y candidates in the survey said that they would like to start their own business within the next three years. Currently, they are employees in companies. However, many of them are likely to become business owners in the next few years. The age of 31-35 is considered the "golden age" by generation Y, with 53% of respondents indicated that is the best age to start up. 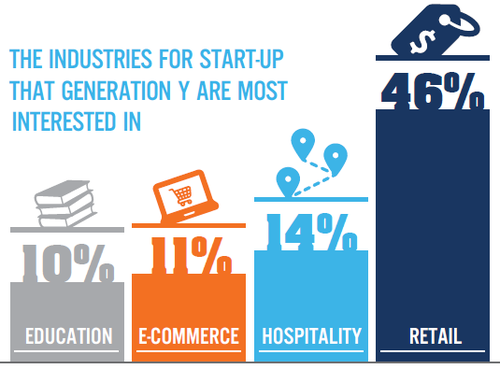 The motivations for generation Y to start up their own business

Generation Y have less commitment to the organisation

Generation Y believe in their own effort to get promotion

Personal development and improvement are important factors which determine whether generation Y will have a long-term commitment to the organisation or not. Most respondents (64%) said they wanted to focus on developing and taking advantage of their strengths, rather than spending time and effort on correcting weakness. 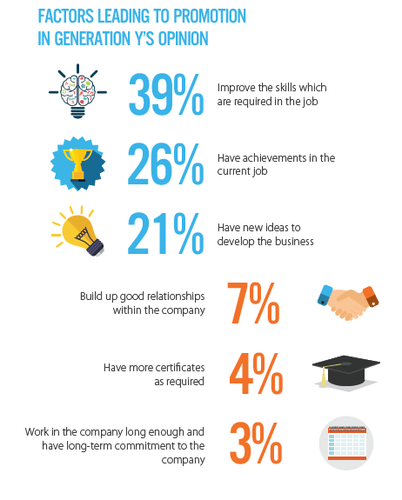 Vietnamese generation Y are optimistic about industry 4.0 as well as their career prospects

Generation Y are having a very positive outlook on their career and their personal development prospects. This is very positive sign for the development of their labor market in creating opportunities and prospects for young people.

Generation Y candidates who participated in the survey are also optimistic about Industry 4.0 era. They argue that the challenges created by Industry 4.0 will create new opportunities for their career development. 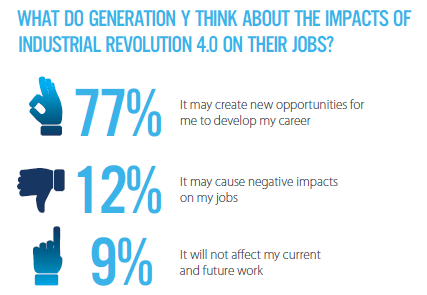 Spending more time listening to your employers's feelings about their work, new ideas and suggestions and the difficulties that they are facing. That leaders spend time on listening to employees also increase employee's engagement to companies and reduces the unnecessary costs of new recruitment.